For those who are new to my episode reviews, you can find the post where I establish my point criteria here. 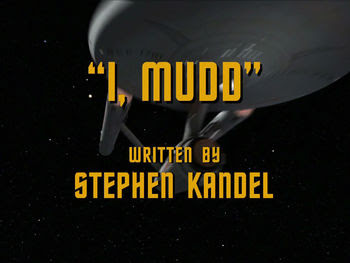 Overview – The Enterprise is commandeered by Crewman Norman, who is revealed to be an android. The crew find themselves orbiting an unknown planet. When Norman forces Kirk, Spock, McCoy, Uhura, and Chekov to beam down to the planet, they discover that the planet is populated by androids, with the rascal Harry Mudd as their leader. Mudd informs the captain that after escaping prison, he found himself on this planet where he took the position of being leader of the androids. Unfortunately for him, the androids would not let him leave, so he sent out Norman to acquire a starship. By bringing the Enterprise to the planet, Mudd intends to leave Kirk’s crew behind as he leaves with the ship controlled by androids. Unfortunately, the androids have a different idea and soon Kirk, his crew, and Mudd must work together to stop hundreds of thousands of androids from establishing their order throughout the galaxy. 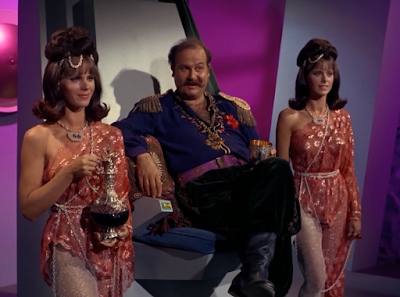 Score: 8/10 – “I, Mudd” is a delightfully light-hearted tale that brings back fan-favourite Harcourt Fenton Mudd. I actually enjoyed this episode better than “Mudd’s Women” due to the humor and levity. While the story is not terribly complex, it is enjoyable and gives some great comedic moments for many of the crew. The banter between Kirk and Mudd is very entertaining, and the methods that the crew utilizes to deactivate the androids is fun, albeit silly. I particularly enjoyed the Stella android that Harry made, allowing him to get his last word in with his estranged “wife”. The sense of danger is never really present, although it is teased just a bit when it appears that Uhura is wanting the android body promised her to the point where she “betrays” the plan of the crew. It was, in fact, a ruse within a ruse. So while nothing very serious occurs, it is an entertaining adventure for our beloved crew. Oh, and the end fate for Mudd is likely one of the most fitting outcomes for any rascal that has ever tormented the crew of the USS Enterprise. 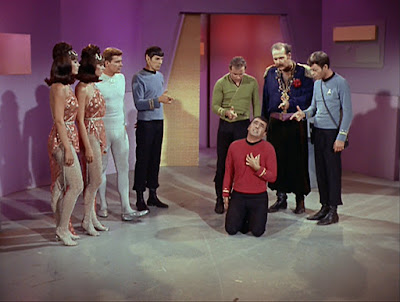 Relevance - 2 points. One point scored for picking up from where “Mudd’s Women” left Harcourt Fenton Mudd. Another point for the depiction of his estranged wife Stella, although in android form. Looking at the episode from Discovery that had her appear in it, I think they cast the younger version

Continuity – 3 points. Story line works out well. Using illogic to mess with the androids was quite clever and well done. Universe works well. The limits of androids shows how they do not seem to be used a whole lot in the 23rd century. Character continuity is also intact. In particular, I think Mudd was able to tempt the crew members in the appropriate ways (McCoy with the science lab, Uhura with eternal beauty, and Chekhov with women), but as to be expected each of them was more than able to handle and overcome the enticements Mudd offered. Kirk’s banter with Mudd reminds me a lot of his witty sarcasm he uses in “The Trouble with Tribbles”. Full points across the board here. 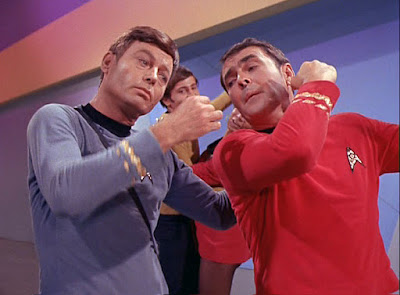 Character Development – 1 point. Because this episode is very silly by nature, we really do not get a lot of insight into the characters. We see some of their weaknesses with the different temptations they are given, but nothing out of the ordinary or of a revelatory nature. If anything, we showcase Kirk’s wit and Spock’s logic, but beyond that there is little that really moves any character forward. 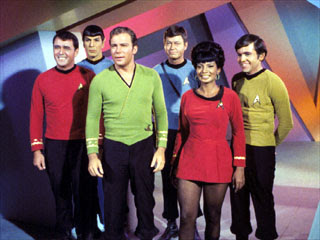 Social Commentary – 2 points. The life of ease that Mudd relished is often less appealing in the long run. We often would jump at the chance to have our every desires granted to us, and yet Mudd’s experience shows us that we would end up enslaved by the experience. Harry Mudd had it all, and yet when he wanted to leave he learned that he was indeed a prisoner of his slothfulness. In our own world, we need to remember that there is great freedom and liberation in hard work and effort. 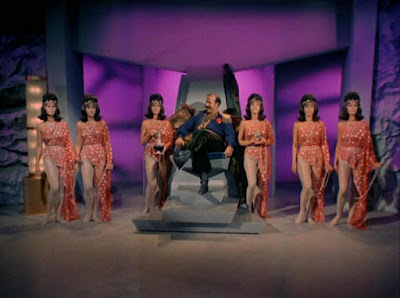 Cool Stuff – 2 points. I love the ending, when Harry Mudd is left with up to 500 copies of his nagging wife-droid, only unlike the original they are unable to be shut down by “Shut up, Stella!”. I also liked how they were able to cast sets of twins for several of the androids, allowing them to have the effect of multiple versions of the android without resorting to the special effects. It was a clever and practical solution, so I score a point there as well. 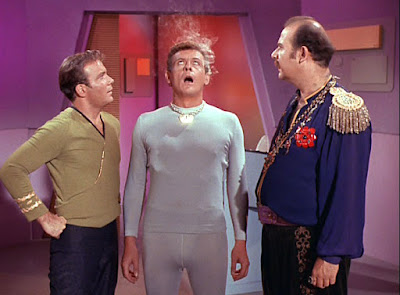 Rank – Captain (18 points). A much better Mudd episode, “I, Mudd” gives us some great comedy. It is fun watching the crew act in a way that is so illogical, resorting to using their cunning to escape the predicament instead of brawn. Fans of Harry Mudd should welcome this episode. 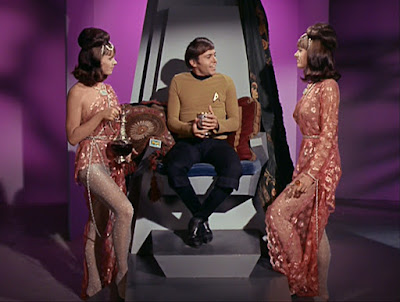 In the links below, you can find the catalog for every Star Trek live action series and their episode reviews. Because this is such a da... 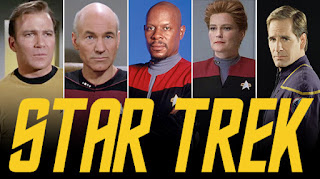 Mighty Elroy
A mild-manered science teacher who is missing his faithful dog Annie, loving his family, and ruler of his own domain (when life says he can). I love just about anything that is geeky, hate zombie and vampire movies in general, and love country music.